I, along with four others, was charged (Ted Carr’s denial notwithstanding) by the Haywood County Republican Party (HCGOP) with “party disloyalty”.  This was done through a resolution passed by HCGOP at a meeting of the HCGOP Executive Committee.  Just what is “party disployalty”?

So, HCGOP wrote up a carefully crafted resolution attempting to avoid the fact that they were charging five people with “party disloyalty”. 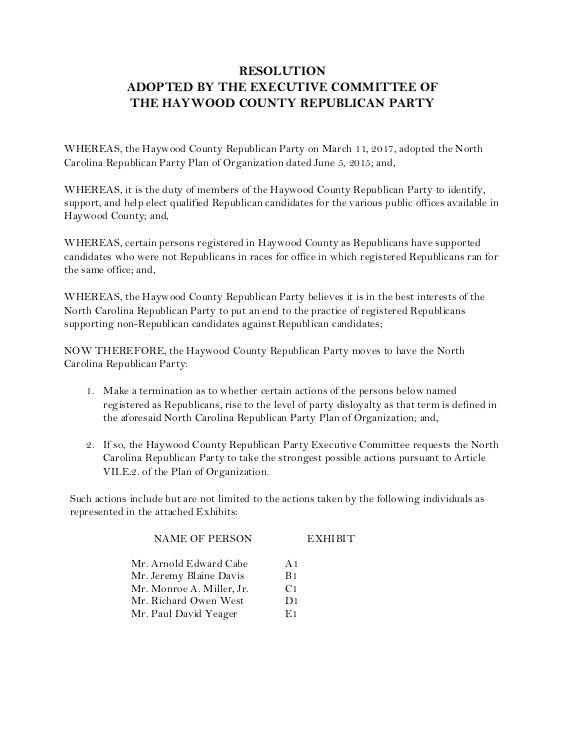 Notice that reference is made to exhibits.  Those exhibits did not exist at the time the resolution was passed.  The HCGOP Executive Committee actually voted to approve a resolution without seeing the evidence.  I’m not making this up.  Check out the minutes: 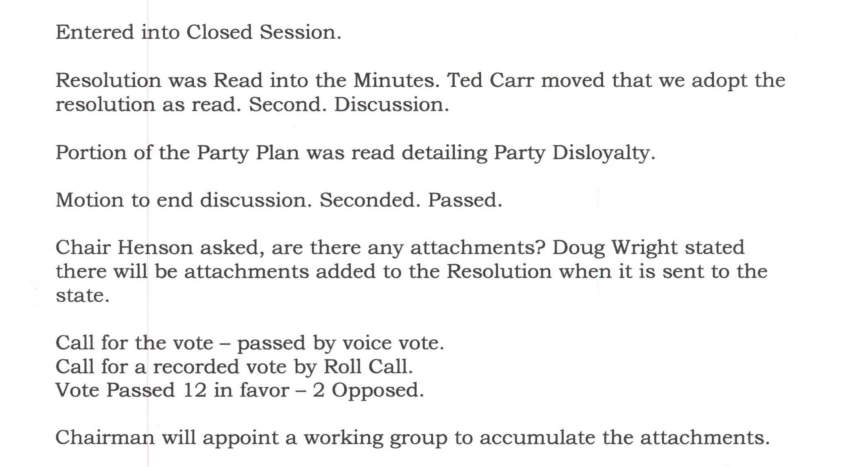 Next, HCGOP got NCGOP District 11 Chairman Aubrey Woodard to write up a resolution.  This resolution was circulated by mail, also without the exhibits which would have provided evidence. 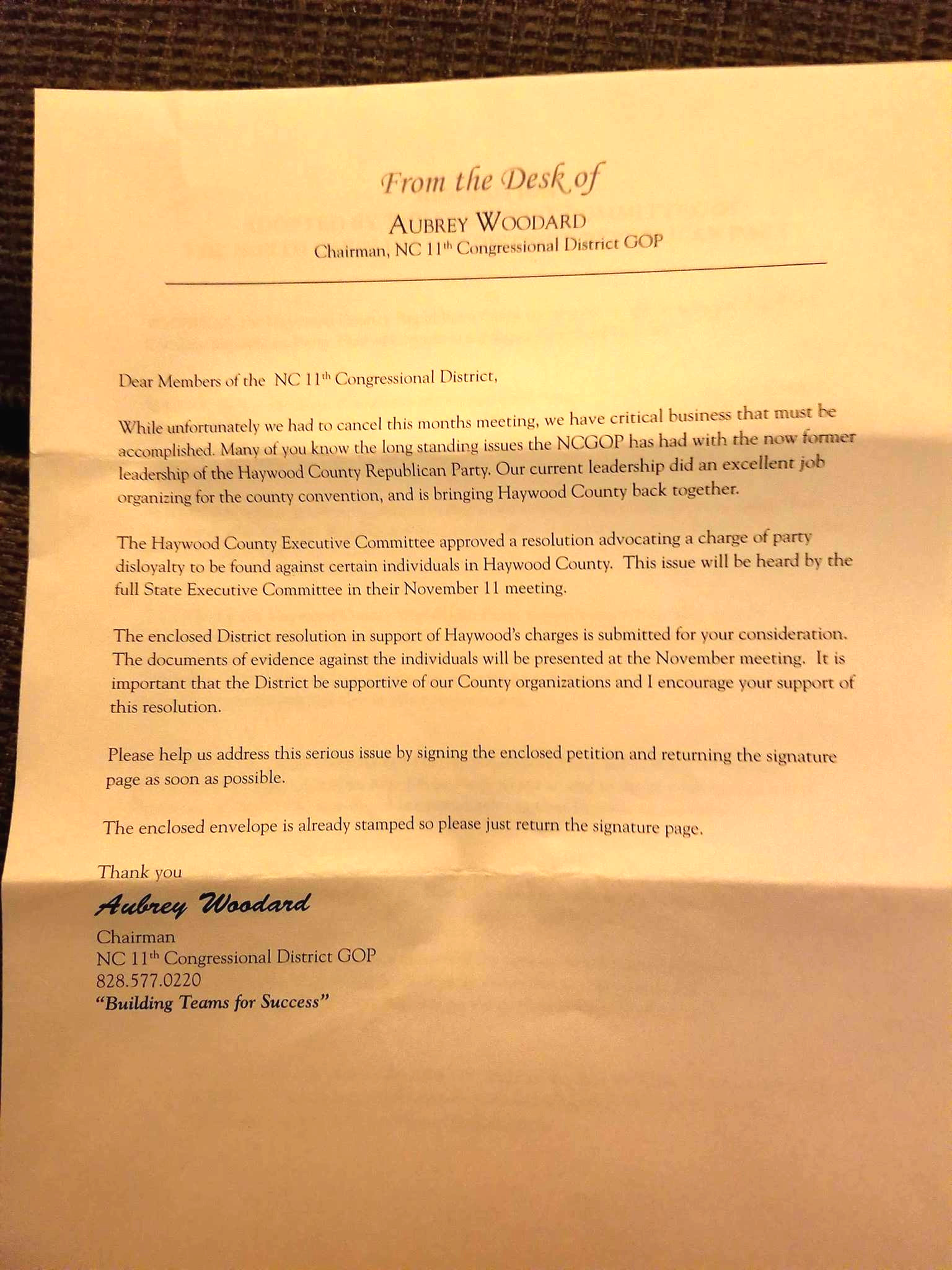 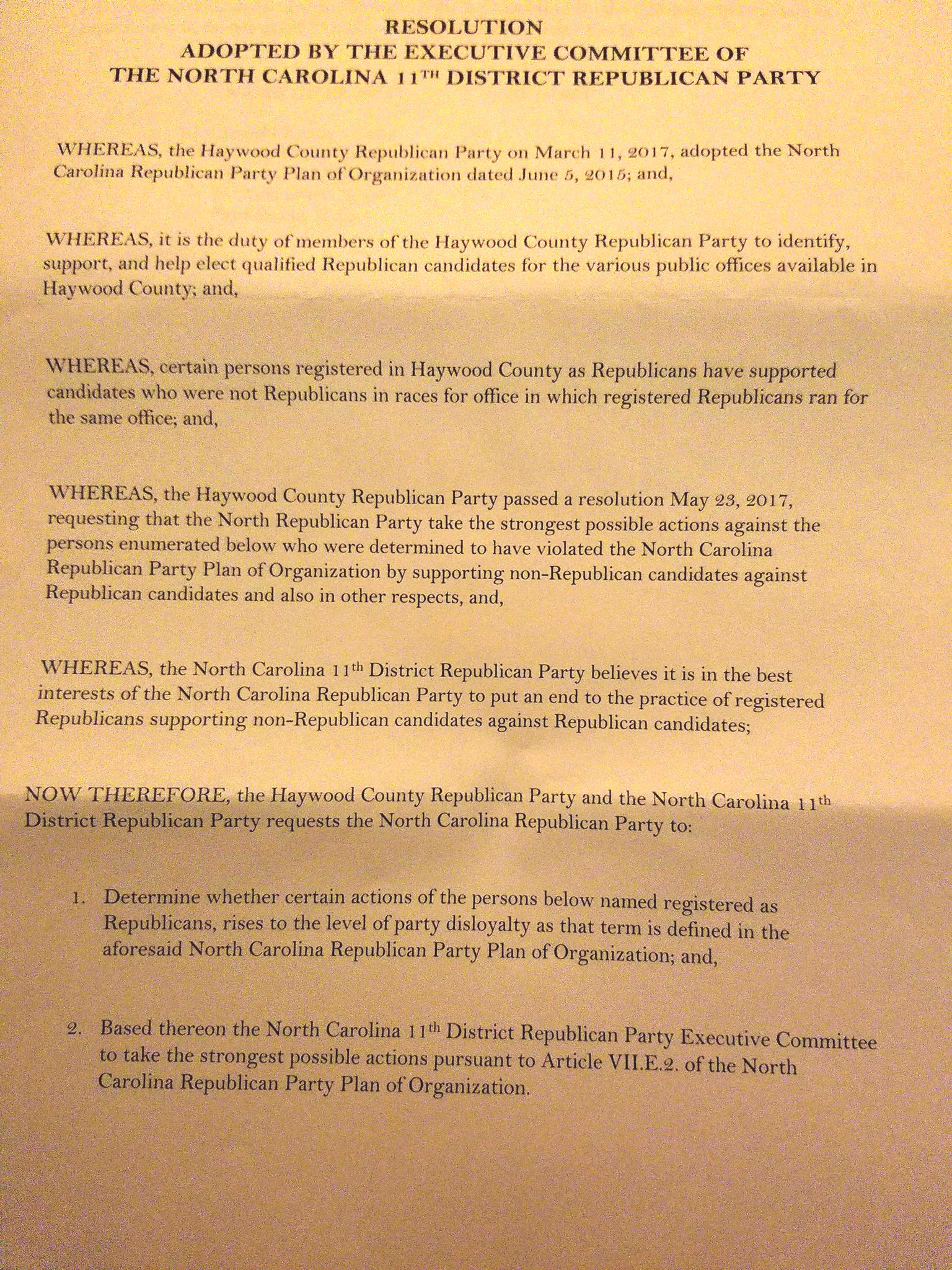 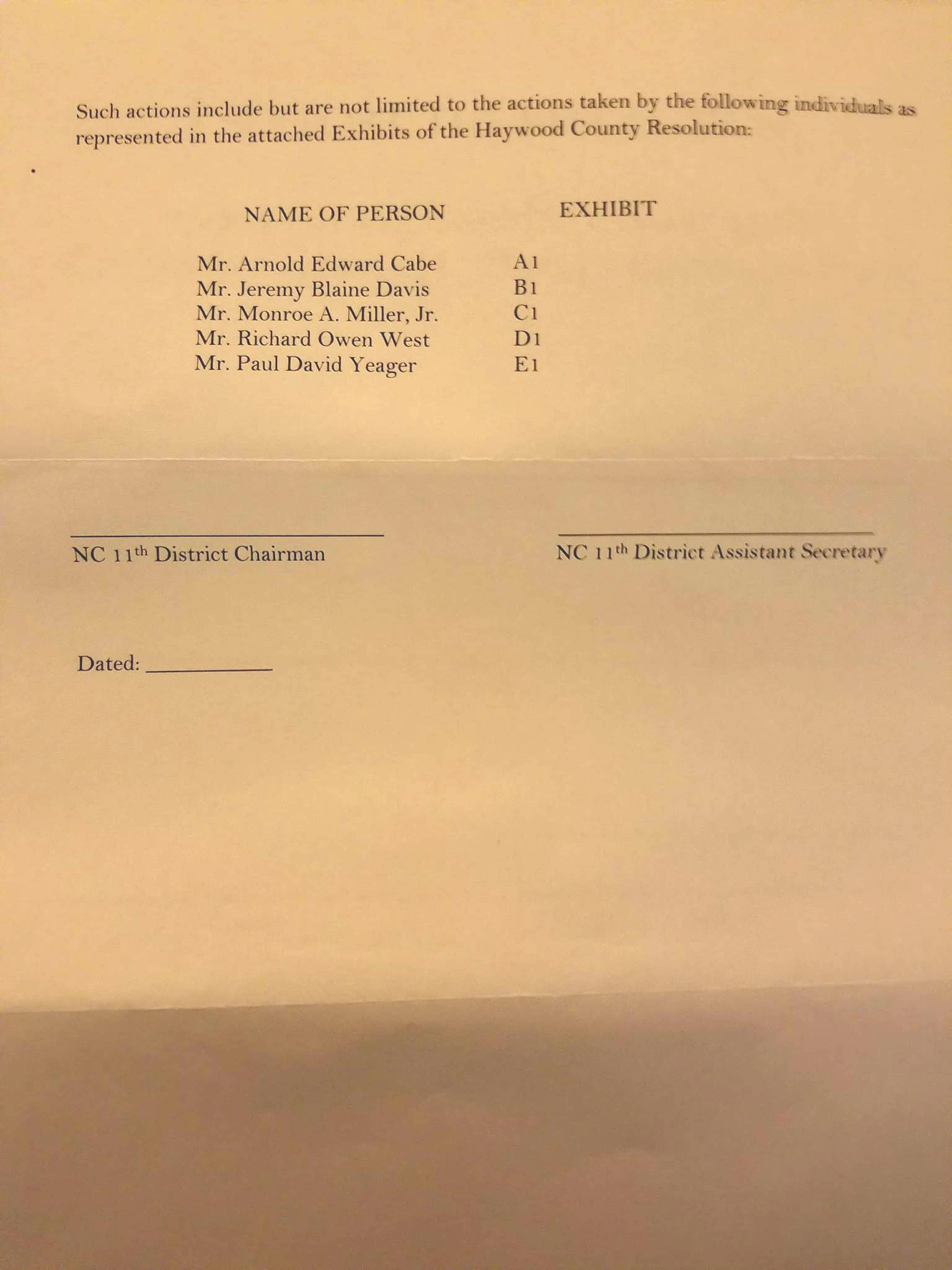 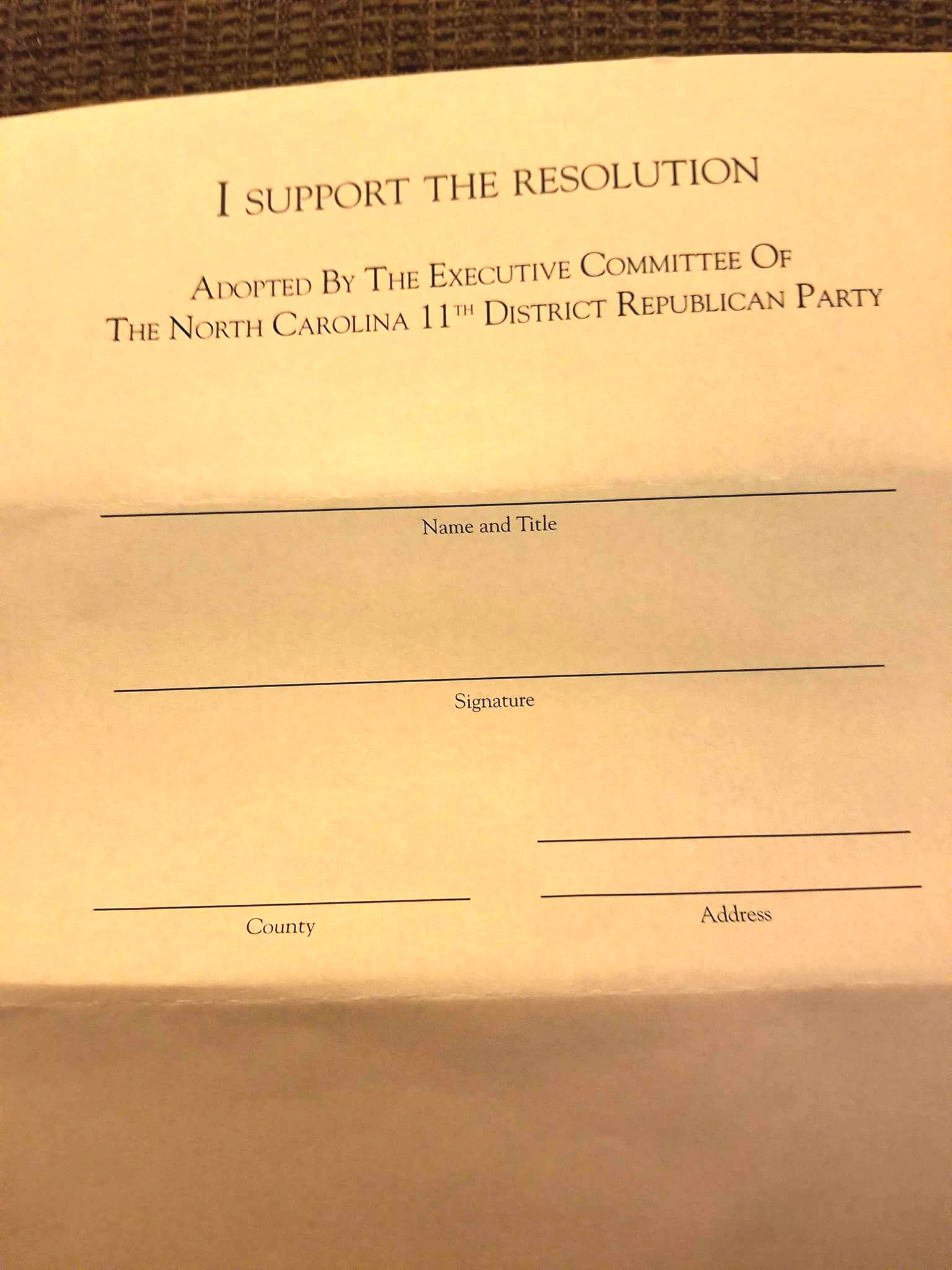 So, HCGOP’s resolution and District 11’s resolution were sent to NCGOP, and I received the following in the mail: 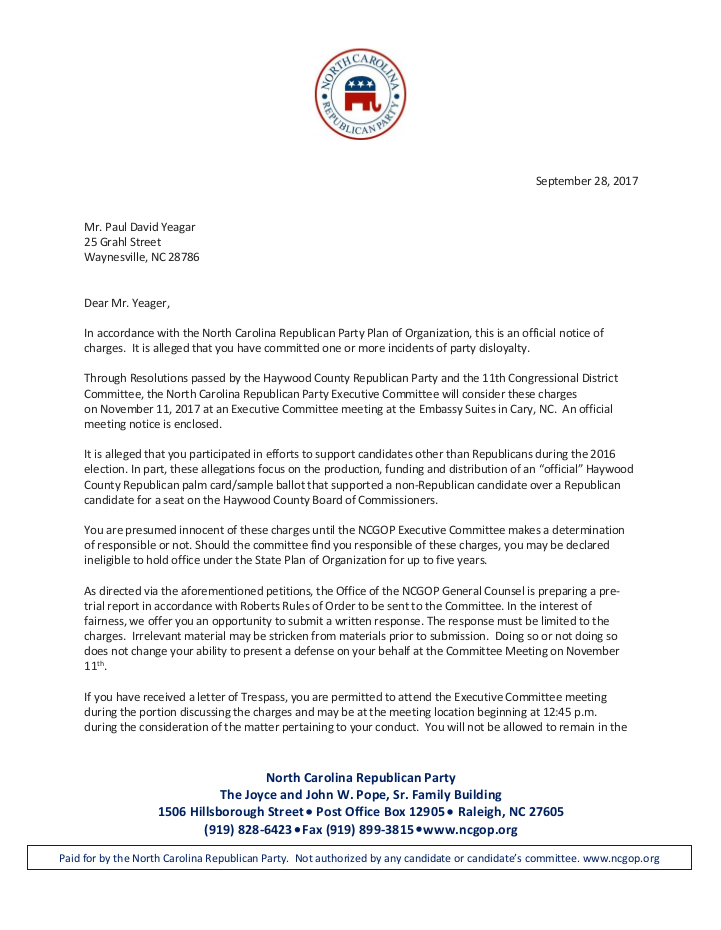 Note that I received the Notice of Charges without a hint of what the evidence against me might be.
So, I drove four hours to Cary to “stand trial” before the NCGOP Executive Committee on the charge of “party disloyalty”.  Imagine my surprise when I discovered that the “evidence” against me was: 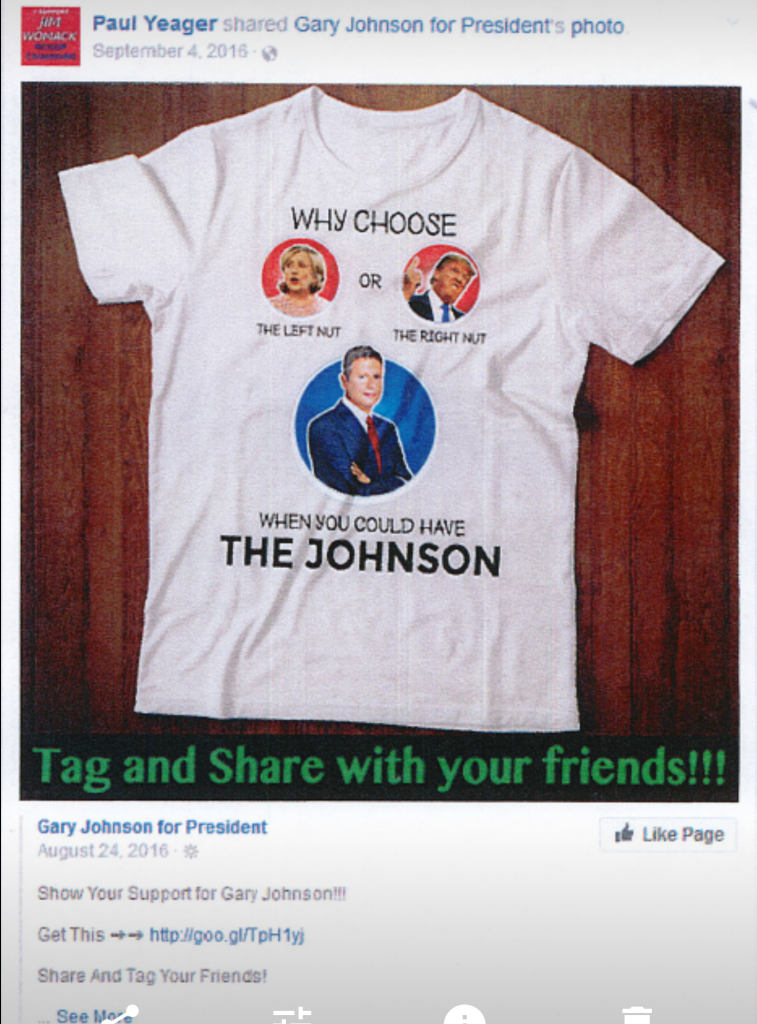 I posted a picture of a funny t-shirt!  No, I am not joking.  A black and white version of the image above was the sole piece of evidence presented against me.
Does that qualify as “attempting to influence or influencing the outcome of any election against a Republican candidate”?