How many times have we heard “vote fraud isn’t a problem”?  In this post I’m going to show you one obvious case of a 118 year old person voting via absentee ballot in the 2020 election who has been dead for sixteen years.  Then I am going to explain why it is unlikely that this is an isolated case.

In this post you are going to find screenshots of my research.  I certify that they are true, correct, and unmanipulated.  Clicking on the images should present a larger view.  URLs are included in the screenshots, so that anyone who wishes to duplicate this research can do so.

Our dead voter is William Bradley, born in March 1902, who last  resided in Detroit, Michigan in zip code 48207.  With this information, we can find information regarding Mr. Bradley on the Michigan Secretary of State website. 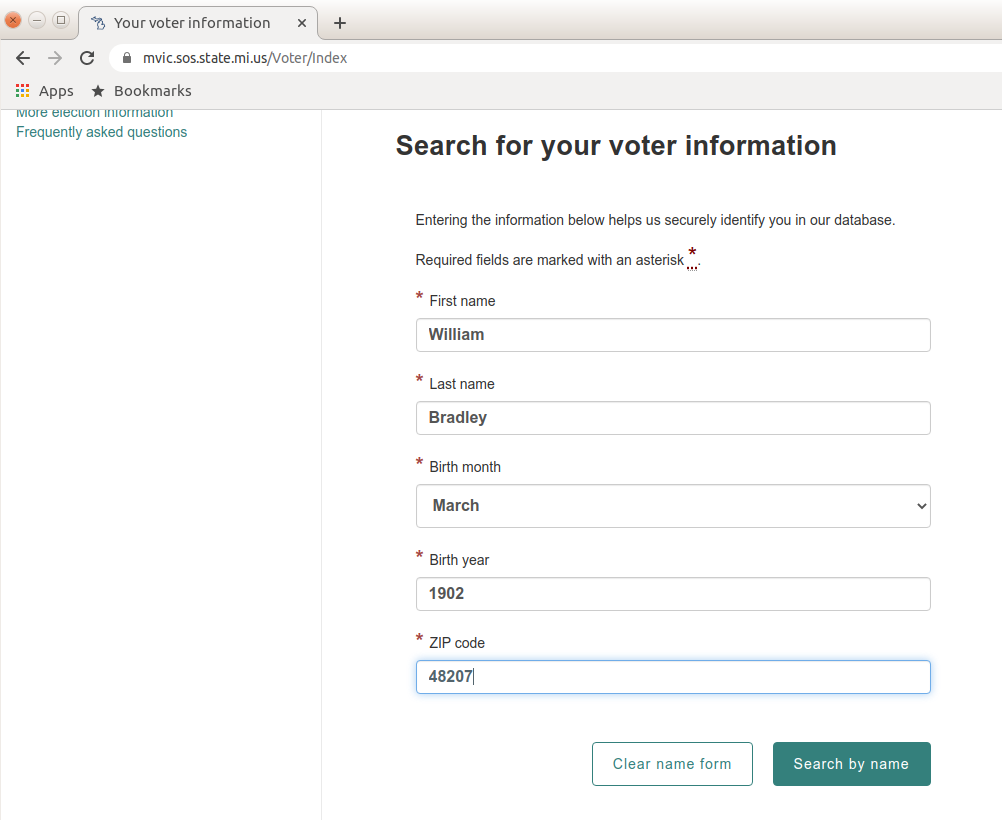 Entering the information above and clicking the “Search by name” button gets us this: 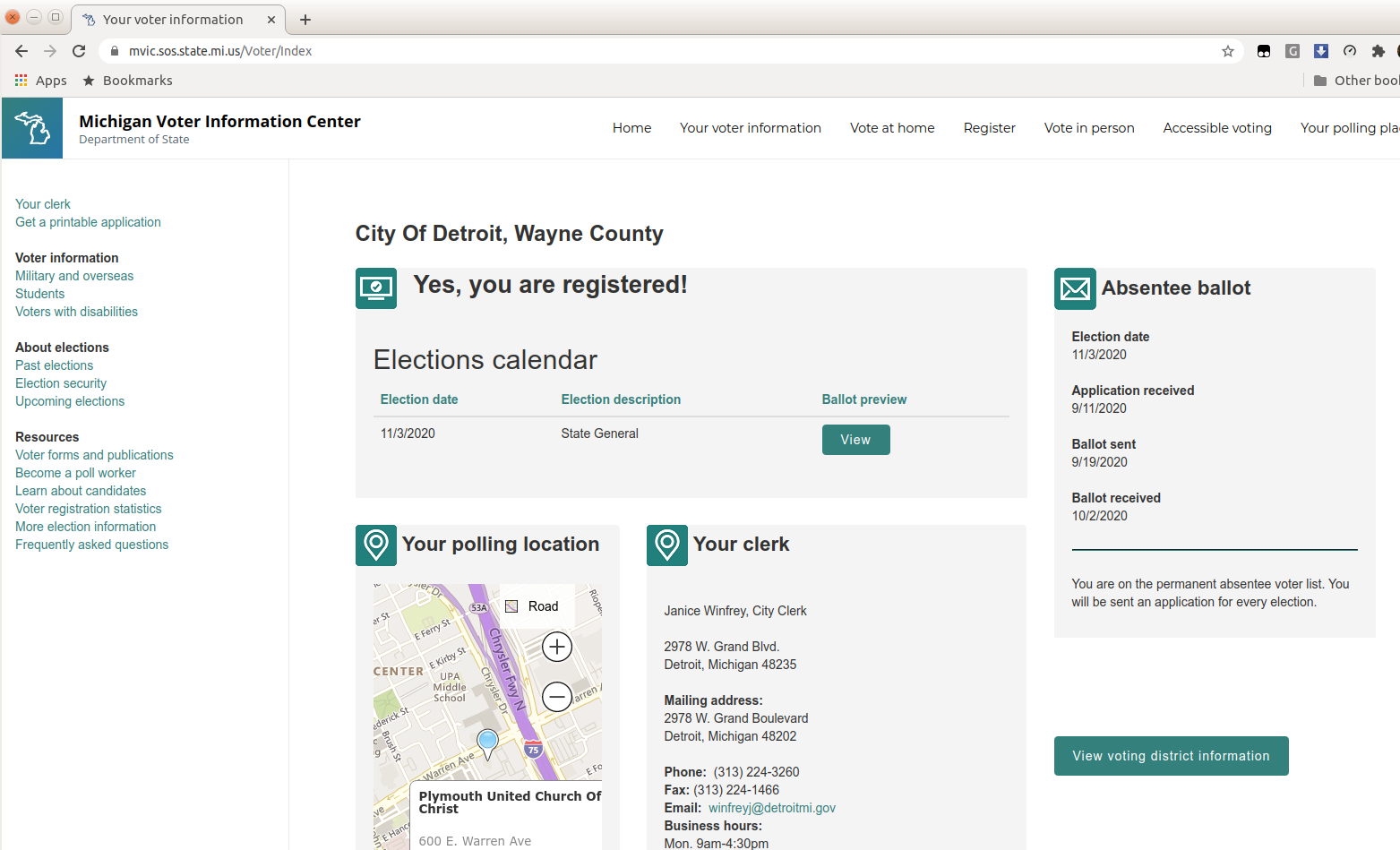 There are a few interesting details above.  On the right, we see that Mr. Bradley applied for an absentee ballot for the November 2020 election, a ballot was sent to him, and a ballot was received by the state of Michigan.

Just below that, we see:

You are on the permanent absentee voter list.  You will be sent an application for every election.

Well isn’t that special!  You can be on the permanent absentee voter list in Michigan even if you are 118 years old, or actually dead.

Death of a Voter

Using what we know about Mr. Bradley, we can search the Social Security Death Index.  I searched using ancestry.com. 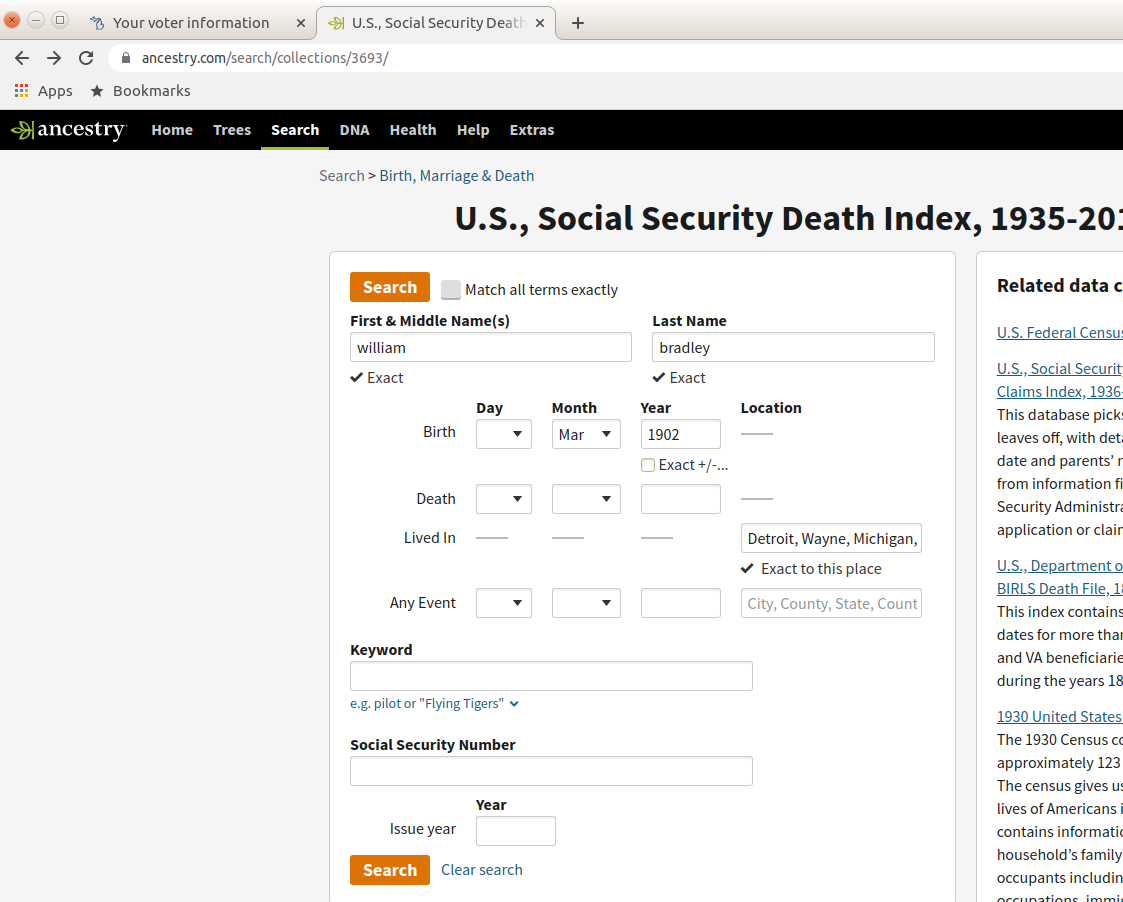 And received the following:

There were two men who died in Detroit  named William Bradley, but only one born in March 1902.  I probably should have checked “Exact” on the birth date portion of the form.  Let’s see what we get when we click on the right one. 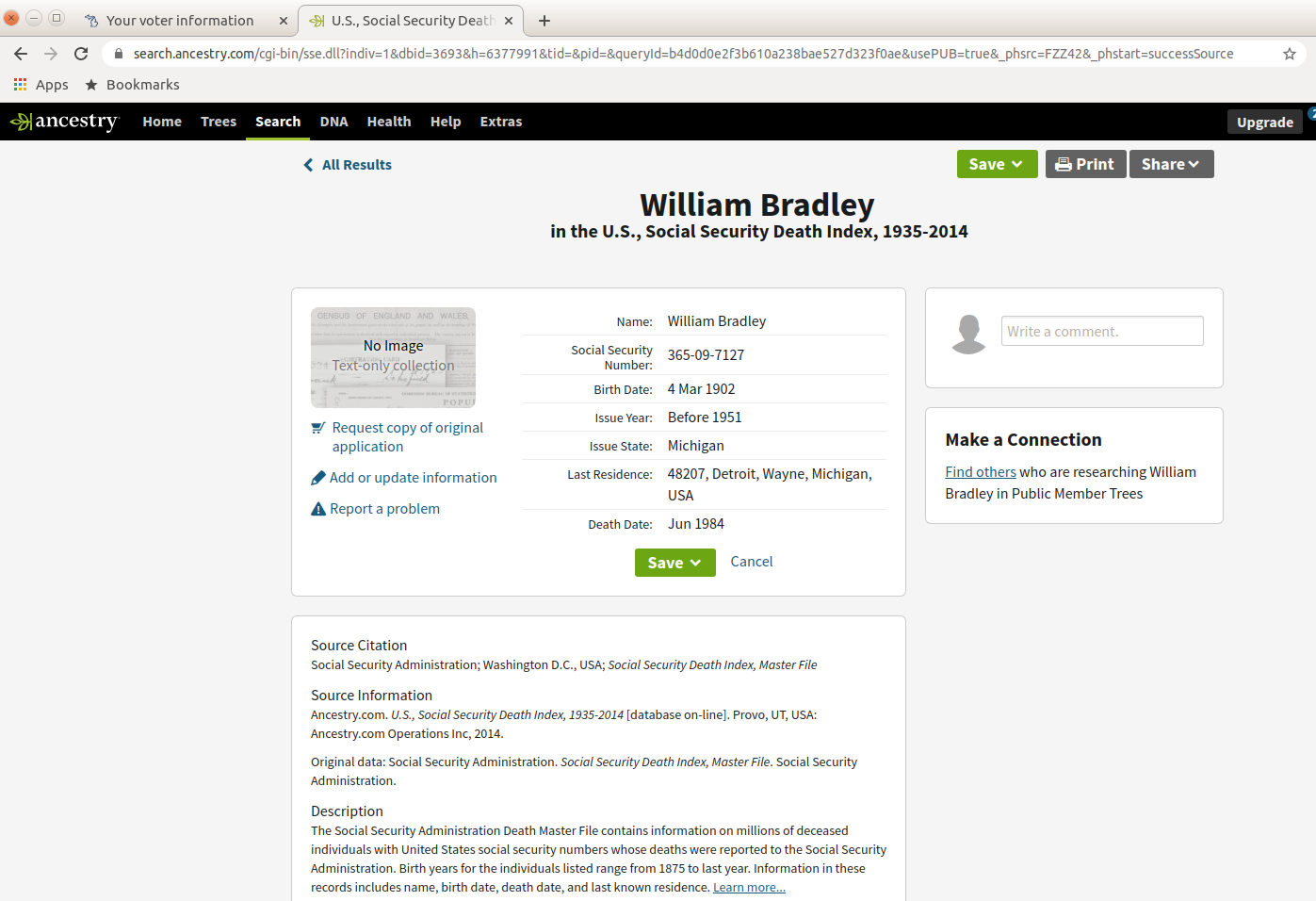 I leave it to the reader to judge the evidence presented above.  For the skeptics among you, I offer the following questions:

I doubt it.  One fraudulent ballot can’t do much.  But, if you can assemble an army of dead voters…

Do you think that maybe voter rolls across the country should be audited against death records?  I certainly do.